On this page there are some videos in German,
enable automatic subtitle translation.

Kate Bush The singer-songwriter Kate Bush has been said for years
be a witch or at least a member of the Order of Golden Dawn.
There are occult influences in many of their songs,
such as ‚Waking the Witch‘.

Björk Björk is one of the loveliest and craziest stars of our time.
She has stated outright that she has since her youth
repeatedly attracted to the occult.
‚And it’s pagan poetry, pagan poetry,‘ she sang.
Their first band, KUKL, is said to be a medieval Icelandic term for witchcraft.
Songs like ‚Pagan Poetry‘ and ‚The Juniper Tree‘ also confirm that
what people used to think about her: she’s a witch!

Rapper Azealia Banks has spoken out in favor of practicing witchcraft.

Gisele Bundchen is not only one of the richest models in the world but a witch.

Lana del Rey In 2017, singer Lana del Rey challenged her fans to attend a bewitching of the President of the United States.

Rachel True She is also involved in a project about New Orleans voodoo queen Marie Laveau.

Sully Erna The singer and guitarist Sully Erna from Godsmack
was publicly identified as Wiccan for years, and even by its founder and High Priestess, Laurie Cabot
introduced to the Cabot tradition.

Heather Graham is another actress who has publicly shared her faith.
She told Elle.com, „I have this group of friends
and we get together and call each other the goddesses and we wish for things
and then many amazing things happened to all of us.

Cybill Shepherd is an Actress who has credited herself as
‚goddess-worshipping Christian pagan Buddhist‘ described,

Chelsea Wolfe Gothic rock musician Chelsea Wolfe
is fairly new to the scene but has openly supported witchcraft in the past and says they ‚love it‘ that a group of girls
can identify as ‚witches‘.
Their songs like ‚Vex‘, ‚Iron Moon‘, ‚The Culling‘ and ‚The Ancients‘
play with their pagan roots and paint a picture of a woman who could be a powerful witch herself.

Fiona Horne was the lead singer of Australian electro rock band Def FX
wrote several bestsellers on modern witchcraft.
….
Beyoncé In 2018, drummer Kimberly Thompson submitted,
who performed in Beyoncé’s backing band for seven years,
a bizarre restraining order
and accused the singer of practicing vengeful witchcraft.
The applicant claimed that Beyoncé dabbled in ‚extreme witchcraft, dark magic‘ and ’spells…‘.
A judge quickly dismissed these allegations,
but Beyoncé will forever have to live with the conspiracy theory that she actually is. a practicing witch.

Superstar Jennifer Lopez A woman dating Lopez’s first husband, Ojani Noa,
was together said, ‚I’ve been told she’s doing the worst – scary stuff! … She calls this woman to tell her:
‚Do this to that person, put out a black candle, etc.‘

Marina Abramovic has been accused of being a satanist that Hillary Clinton and its campaign manager Jon Podesta has engaged in the dark satanic ritual of „Spirit Cooking“.
Source link https://de.achadinha.net/20-celebrities-who-actually-still-practice-witchcraft

Modern Witches on Euirope:
The new generation of witches and sorceresses.
The people who devote themselves to modern witchcraft today
above all have an intimate bond with nature, the elements,
to old gods and to animals.
But it is also important to have a strong connection to yourself.
Those who call themselves witches these days
either belongs to a witches‘ coven
or live out modern witchcraft as a free witch.
But what they all have in common
is the belief in nature’s deity.
The so-called
„free-flying“ witches,
who do not belong to any circle or cult community,
but as individuals draw their magic circles.
Kaunas:
The 43-year-old Norwegian is High Priestess of Wicca,
which she has been practicing for 18 years.
Minerva https://hagazussas-hain.de/ueber-mich/
Witch ShiSha Rainbow https://shisha-rainbow.com/
Witch Birgit Jankovic-Steiner
https://audionow.de/podcast/eca8bfb2-bea1-4ade-95de-5069a2dc9a81

What do modern witches actually do?
There are said to be around 10,000 in Germany.
Wicca is even recognized as an official religion in Britain.
Our reporter Antonia Lilly Schanze was on a Beltane ritual
at Berlin big city witches.
And learned about herbs from „Xenia Mond“.
and rune oracle initiated.
All of this has absolutely nothing to do with warty, evil old people.
Anyone who calls themselves a „witch“ today celebrates self-determination,
nature, life and love.
Witches – What do modern witches actually do? Video in German

For the New Witch Attis, witches are women,
who do not want to submit to patriarchal rules,
but have your own ideas about life.
They want to revive the old, forgotten knowledge
of the wise women and mobilize their own strength.
Modern witch Attis aka Silke Beyn.
Witches „Hamburg always different!“ Video German

What is a witch ?

What is a witch 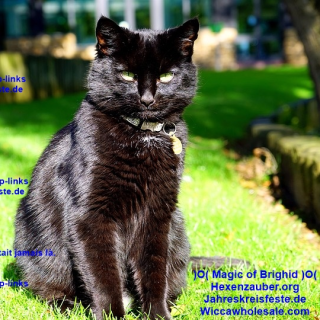 Welcome to Europe’s Most Interesting Esoteric Fantasy Wholesale for Witches 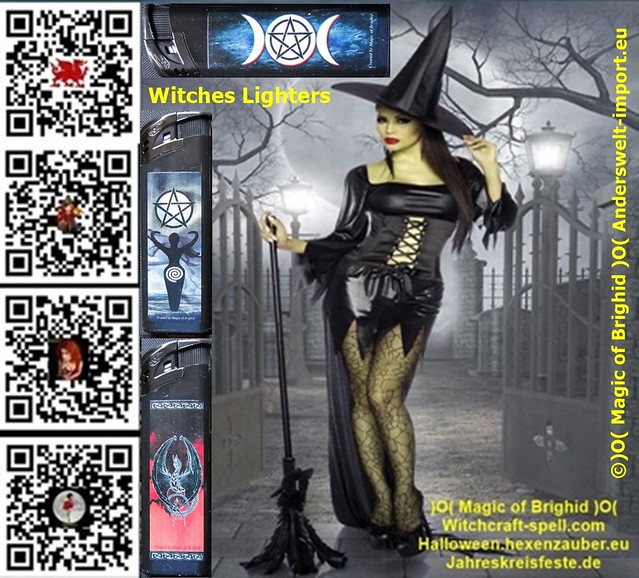